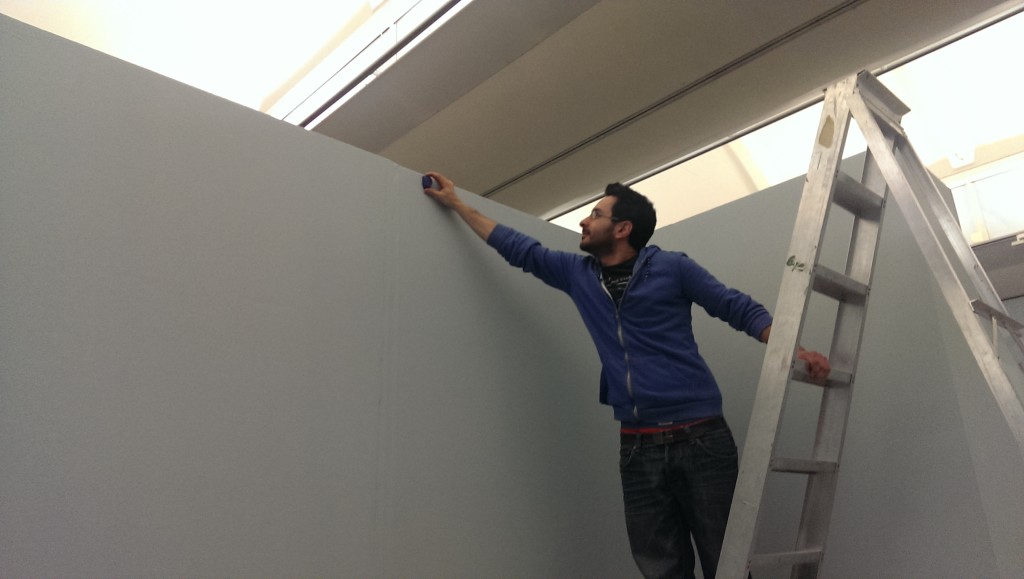 We’re getting closer to the Recording Britain opening at Sheffield’s Millennium Gallery on 3rd April (preview 2nd April). We were able to have a few hours in the gallery testing out the beacon placement for the app (even though as you can see, the paintings have yet to be installed!). It is a single large space, which isn’t perhaps the best setting for a beacon demo but it worked pretty well. We weren’t unable to put the beacons on the ceiling as we had hoped (see the Where to Position Your Beacons post), so we have ended up with a couple of areas where the beacons interfere slightly with each other.

We were a little worried about how easily the beacons would attached to the walls and panels but the results were encouraging. They seemed very firmly fixed on, and when we needed to move them they didn’t take a load of paint with them.